Dimora OZ is artistic/curatorial with a particular attention to relational dynamics of collaboration/participation and transmedial projects. 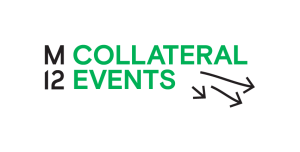 Andrea Kantos is an artist, curator and art director. Co-founder of Dimora Oz, of which he is the responsible for the contemporary art projects.

Gandolfo Gabriele David is an artist, his research relates material and immaterial heritage by collecting stories and languages of the territories where he works.

Fabio R. Lattuca  is a musicologist and researcher on soundscape and acoustic ecology. His research is today focused on the value of the archives.

Daniele Di Luca  was born in Varese in 1976, today he lives and works in Palermo, Italy. He works on organic pattern with sculptures and draws.

Barbara Cammarata is an artist, an art project manager and a producer. She’s interested in cultural identity topics and colors.

Egle Oddo is an artist interested in operational realism. In her pieces life forms appear and emerge out of sculptures and objects.

Michele Vaccaro is a photographer and photo editor Founder of No Man’s Land Collective, Photo Editor of R0P Magazine Avantgarde Program in Luz.

Francesco Cucchiara is an architect and photographer. He has participated as a tutor at several international workshops landscape.

Giulia Colletti is a curator. She has recently collaborated with artists such as Eduardo Abaroa, Sarah Browne, Núria Güell, and Wolfgang Tillmans.

Analogique is an architectural firm founded in Sicily by Claudia Cosentino, Dario Felice and Antonio Rizzo, using extreme vision as a critical tool to define possible scenarios of transformation.

Collective Intelligence is a group of artists, thinkers, and activists. Their collaboration relies on temporary concepts of agency and its subversion.

Antti Ahonen is a documentarist and a media artist. At present he tests different technological tools that have been used to communicate with ghosts.

Alan Bulfin is an artist working with public and conceptual art. His recent research is called When Nothing Makes a Difference.

Antti Ahonen is a documentarist and a media artist. At present he tests different technological tools that have been used to communicate with ghosts.

Erika De Martino is an architect and visual artist. With photography she builds spaces following a site-specific approach.

Johanna Fredriksson is an art project manager and producer. She has been one of the initiators of Collective Intelligence.

Marjatta Oja is an artist working with situation sculpture. She combines photography, video and objects to infuse the image with depth and liveliness.

Saša Nemec is an artist who designs actions and events based on repair as means of mending broken relationships and community building.

Timo Tuhkanen is a queer composer, artist, poet, and activist. His work intersects between contemporary art and music.

Jytte Hill is a film director and cinematographer. Her works in fiction, documentary, and art projects are shown on international film festivals.

Leonardo Ruvolo is a writer. His research is focused on metanarratives, reality games, political activism and anti-identitarian practices.